Cake Smash: Nathaniel’s Beauty and the Beast Cake Smash in the lounge.

Cake Smash session are so much fun!

Pretty much from the first time I became aware of what a Cake Smash was I knew I wanted to shoot one. The whole idea of giving a baby free rain on their own cake is pretty magical. Being able to capture each and every stage of the cake destruction is even better simply because of the fun mess it creates.

My first cake smash was already going to be special because my sister and I had been talking about one for my nephew for months. We had a theme and had decided on a color scheme. All that was left was to start acquiring some of the stuff I didn’t have like props and backdrops etc.

This was very much a learning curve for me and my fiancée (who was helping me out designing the set and assisting me on the day). This was because we had to take on some arts & craft to stylize the set for the cake smash. I found some little letters and numbers which I hand painted. I also designed a blackboard style board with heaps of cute information on and had this printed to use in the cake smash. Finally we made our own bunting which took heaps of time and effort but we got there in end. In future I’ll exploit the internet I think unless I need really personalized stuff.

You’ll notice these little beauties were in the photos too. These were made by Nathaniel’s grandmother and highly talented Wooly thing maker Karen Harris. Karen has her own Facebook page called Loop the Loop which you can find here. If your interested in having something personalized or super cool made check her out and like her page.

After lots of creating during the week leading up to the cake smash we finally had a set made. All that we needed now was a baby and a cake the following morning.

It was time to shoot the Cake Smash

The next morning my sister and Nathaniel arrived to an overly warm flat. We had breakfast together first before getting started.

The shoot went really well. I think the pictures below sum it up a million times better than I can in words. I’ve learnt a lot of things for next time and know one thing for sure, I want to do more of these shoots.

If you are interested in booking a cakes mash or know anyone who may be interested drop me an email at info@michaelduncalf.com or head over to my Facebook page and send me a PM there. Thanks and enjoy the photos. 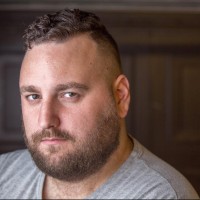